Quaker Libertarians is a gathering place for Friends who seek to uphold the testimonies of Simplicity, Peace, Integrity, Community, and Equality. These historic Quaker testimonies arise out of a desire to live out our faith in the world, seeking out and responding to that of God in each person.

We observe in society that:
- the primary means of government action are force and plunder;
- war is the health of the state; and
- class conflict between the ruling and the ruled undermines genuine community.

We choose, therefore, to work toward a different way - supporting one another in seeking and cultivating:
- voluntary exchange;
- peaceful resolution to conflict;
- broad parameters for moral decision-making; and
- healthy communities of faith and practice.

We invite all who share similar convictions to join us on this journey together. Your participation in asking questions, contributing to ongoing discussion, posting relevant information on news and events among Friends as well as in the wider world is welcome and appreciated.

"I lived in the virtue of that life and power that took away the occasion of all wars... I was come into the covenant of peace which was before wars and strife were.

"Be patterns, be examples in all countries, places, islands, nations wherever you come; that your carriage and life may preach among all sorts of people, and to them; then you will come to walk cheerfully over the world, answering that of God in everyone; whereby in them you may be a blessing, and make the witness of God in them to bless you."
- George Fox 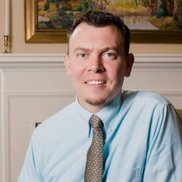 Meet the Team
The Quaker Libertarians site and social media channels - Facebook and Twitter - is maintained by a core group of individuals who tweet, re-tweet, create content, write posts, and generally help spread the message of the group. Below you can read a brief bio on our team members. If you are interested in joining, please contact Matt Hisrich at the email listed below.

Matt Hisrich is the founder of the Quaker Libertarians website. He earned his BA in Political Economy from Hillsdale College, his Master of Divinity in Teaching and Theology from Earlham School of Religion, where he now serves as Dean, and his Doctor of Management from the University of Maryland University College. At Hillsdale, Matt was able to study Austrian Economics under Richard Ebeling. Matt was selected as the recipient of a Calihan Travel Award from the Acton Institute to present a paper at the annual "Austrian School of Economics in the 21st Century" Conference in Argentina.  His written work has been published in numerous newspapers as well as publications and sites such as The Journal of Markets and Morality, Quaker Life, The Mises Institute, and the Foundation for Economic Education. He is available for speaking engagements and has spoken at Friends monthly and yearly meetings around the country.  Matt and his family are members of First Friends Meeting in Richmond, Indiana, which is a part of The New Association of Friends. Matt is a recorded minister with the New Association. Prior to his current position, he held positions with Indiana Yearly Meeting of Friends, The Flint Hills Center for Public Policy (now the Kansas Policy Institute), and the Buckeye Institute. Matt can be reached here. 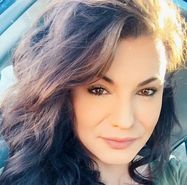 Robin Drain is a libertarian anarchist, writer, activist, and commentator dedicated to peace and the non-violent love of friends and enemies. She is an active member of St. Mary's Episcopal Church in Phoenix, AZ, however she identifies as a Quaker in love with liturgical tradition. Her goal is to see every church be a peace church, starting with her own. As a seeker of truth and (albeit flawed) follower of Christ, Robin has become convinced that libertarianism is the political expression of the commandments Christ, especially one He said all others were hung from: to love your neighbor as yourself. Her work has been featured by "The Free Thought Project." "The testimonies of peace, equality, integrity, community, and simplicity are Quaker testimonies, indeed the crux of the Gospel. I believe these testimonies are also the essence of libertarian philosophy." — Robin Drain 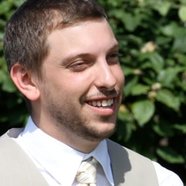 ​Eric Palmieri is a Libertarian Quaker activist, writer, and composer from Rhode Island advocating for free markets and free societies.  He graduated with a B.A. in Music Composition from The Colorado College in 2006 and recently enrolled in the Mises Curriculum, an independent study program consisting of more than fifty courses on economic theory, history, and politics that is offered by the Mises Institute, a world-renowned think tank focused on the Austrian School of economic thought. As both a practicing Quaker and a Libertarian, he believes strongly in the nonaggression principle (NAP).  This principle serves as the foundation for all of his views on politics and economics.  Governments should exist only to protect the life, liberty, and property of individual members of a society.  He believes it should be illegal for individuals and governments alike to use force, or the threat of force, to violate these natural rights, and in this regard he draws no distinction between social, political, and economic structures. Individuals should be free to associate with whomever they want, free to adopt and express any political view, and free to engage in commerce with one another.  The famous Austiran economist Ludwig von Mises said, “One cannot have political freedom without economic freedom.” Eric shares this view.  A free and open marketplace is essential to a free and open society.  He also believes that it is the free market that ultimately creates a more fair and prosperous environment for all individuals, so long as our economic activities do not violate the natural rights of others. Eric is a member of Westport Friends Meeting in Westport, MA where he serves on ministry and council and as clerk of the nominating committee. Westport Friends Meeting is a part of The New England Yearly Meeting of Friends. Eric is also a composer and poet.  You can listen to some of his compositions and find info about his first published book, a collection of poetry entitled “Winter’s Promise and Other Poems,” by exploring his website.
​ 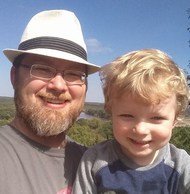 ​Jared Warner is a pastor or recorded minister in the Evangelical Friends Church Mid America Yearly Meeting. To give a short introduction to the EFC-MA, it is a group of evangelical minded Friends in the Missouri, Kansas, Oklahoma, Texas, and Colorado. EFC-MA is also a part of the larger group called Evangelical Friends International, which as the name implies is an international group of Evangelical Friends. For many outside of the Friends or Quaker traditions you may ask what a recorded minister is: the short answer is that one demonstrates gifts of ministry that our Yearly Meeting has recorded in their minutes. To translate this into other terms you might consider such a person an ordained pastor, but Friends believe that God ordains and mankind can only record what  has already been done. More about Jared: he has a degree in crop science from Fort Hays State University, and a masters degree in Christian ministry from Friends University. Both of these universities are in Kansas. Jared lived most of his life in Kansas on a farm in the north central area, just south of the Nebraska boarder. He currently lives and ministers in the Kansas City, MO area and serves as pastor in a programmed Friends Meeting called Willow Creek Friends Church. (You can find out more about his Meeting on Facebook or on their website). You can read more from Jared here, and reach him here.
​
Powered by